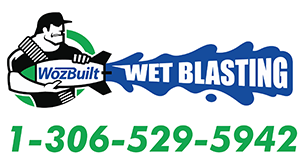 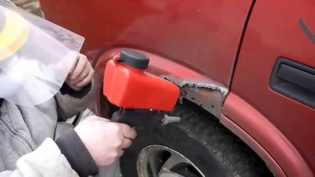 A gravity-fed blaster – This isn’t our video, but if you want to see this in action click here

Pressure blasters are more often used by commercial businesses. They are much easier to use than the other types of blasters, but they also cost more to use and purchase. They consist of a large canister containing the abrasive material under high pressure. This is a bit similar to the concept behind an aerosol can. A sandblasting gun, usually a two-handed model, is connected to the port at the top of the canister by means of a specialized hose that can withstand the abrading affects of the sand. When the trigger of the gun is pulled, both the air and sand are forced out as a single entity.

A siphon sandblaster is the model most likely used by a handyman. It can be used to clean and strip large surfaces and is moderately cheap. It consists of three parts. It has a sandblasting gun with two separate hoses, one connected to the bottom of the handle and the other connected the underside of the barrel. It uses a normal pressurized tank or air compressor. It also has a reservoir of loose sand. This takes the form of a large bucket or container of some kind. The air hose of the gun is connected to the compressor, while the other hose is connected to the underside of the separate sand reservoir. When the gun is fired, the air serves to create a suction, which pulls the sand from the reservoir up the hose and into the gun to be fired out the barrel. As a result of this system, the abrasive that is fired out the barrel can be collected and placed back in the reservoir to be reused again and again. 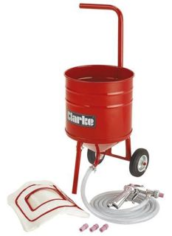 Sandblasting is primarily used for two somewhat different applications. The first of these is to clean a surface of anything that may be clinging to it. The second is to either etch or carve designs or words into glass or a similar material. For etching and small object cleaning, a workstation to hold the piece of glass is also needed, as is some sort of collector to gather up excess dust. At WozBuilt, we primarily deal with the first application, however, it never hurts to contacts us if you have an etching project. If we can’t perform the job for you, we will surly be able to provide you with some information and advice on how best to proceed with it.

At WozBuilt we primarily use our wet blaster, but there are times when dry blasting does perform better than wet blasting. One situation where the big industrial sandblasters out perform is when the jobs are huge and you are blasting heavy rust in industrial tank liner epoxies substrate that have absolutely no chance of being damaged. Jobs which do not require any containment or clean up are also a good situation to use a dry blaster.

WozBuilt has a dry blaster custom designed for delicate substrates like vehicle sheet metal. This blaster is designed to have less profiling and not create any warpage. We can use a huge variety of abrasives on the market or mix out our own in combinations of varying grit sized from dust to very coarse. This allows WozBuilt the ability to blast just the mortar on brick without touching or damaging the brick or for very accurate crack repairs on buildings made with cindercrete. The cracks can then be repaired without the worry of water penetrating into the building. WozBuilt is always concerned about water penetration into a building and will make sure this will not be an issue.

This custom equipment also allows us to be able to get into really tight areas that would be impossible any other way. We can blast with nozzles down to 3/32 up to 7/16 of an inch, from 25 psi to 160 psi. This creates a blasting pattern, in layman’s terms, from the size of a pencil lead right up to 4 inches.

WozBuilt brings all this to the job so we are able to handle just about anything that comes our way.

We have the experience to know how
to do the job right.